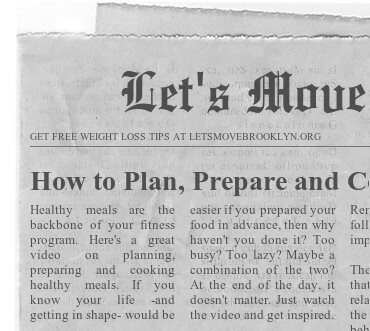 Healthy meals are the backbone of your fitness program. Here’s a great video on planning, preparing and cooking healthy meals. If you know your life -and getting in shape- would be easier if you prepared your food in advance, then why haven’t you done it? Too busy? Too lazy? Maybe a combination of the two? At the end of the day, it doesn’t matter. Just watch the video and get inspired.

Making Healthy Meals To Eat On The Go